Yes, my dear friends. I’m back!!!! Back in Amsterdam… Holland…. My second home 🙂
Back again after 7 months, which felt like an eternity to me.

The last few days before my departure have been really stressful. I had a serious constant headache that just wouldn’t stop. It didn’t stop up until today. That’s also because I woke up from an 11 hour sleep today, which is not nearly enough, since I hadn’t slept more than 5 hours since Friday.

The flight here was also not that easy. Was one of the worst flights EVER. I just couldn’t sleep thanks to the hours of turbulence and the loud snoring man besides me. I am quite a frequent flyer – as you all know by now, haha – but still the flights can be an annoying one. See you have 3 types of flights;
1. The “wait, we’re already here” one.
2. The “are we there yet? are we there yet? are we there yet?” one.
3. And the “OMFG, SOMEONE GET ME OUT OF THIS GIGANTIC METAL TORTURE CHAMBER, CAUSE I THINK WE WILL HIT THE GROUND ANY SECOND NOW!!!”

Sadly, my flight was the latter. :-/
I am used to flying, so I know that this can happen. Especially in this time a year, but I would feel sad for someone that was flying for the first time.

Once the plane was nearing the much more stable winds, I was hoping to get some shut eye. Sadly, fate wanted to taste my temper, so it decided to make the man sitting next to me make some serious unhuman-like noises. I never knew a person could make those sounds the guy made. Seriously, he needs to get that checked out!!!!!

Finally after 9 hours and 20 minutes I had landed. I was more than happy to be on the ground. Since I had seat number 1E, I was the first to rush out of the plane.

My uncle (my dad’s younger brother) picked me up from the airport, I stayed at his house until 18.00hr and then he brought me at my cousin Vincent where I’m staying at in Osdorp, Amsterdam. First time staying here and I am loving it.

However my day wasn’t over…
I had an entire bag still of stuff for family I had to deliver. Typical Surinamese; tell someone that you’re leaving and you end up bringing half the country over. I totally hate it. *roll eyes*

By 11pm I finally could place my head on a pillow and I slept for 11 hours straight!!! 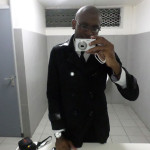 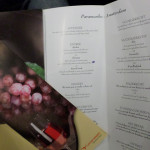 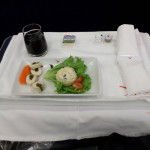 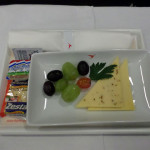 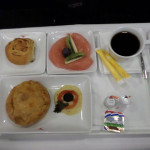 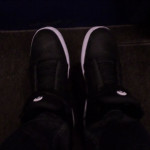 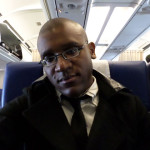 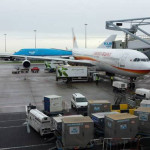 […] here was quite an exhausting one. I’m not talking about the flight itself, which in comparison to last year’s flight was smoother than the face of that of a Gillette […]