Last week I’ve heard that sad news that my favorite music store in The Netherlands is closing its doors in January 2012. I’m talking about Fame Music Store (http://www.fame.nl)

I was totally shocked and very saddened by this news, because FAME is one of the places I just HAD to visit during my vacations in the Netherlands. I love music and Fame offers that exactly and a lot more.

I still remember going to FAME for the first time in September 2006. At least if my memory serves me right it was in 2006; could also have been in 2005. I really can’t remember. I just remember the experience.

FAME is located on the busiest shopping street of Amsterdam, Kalverstraat. (http://en.wikipedia.org/wiki/Kalverstraat). I was on my way there, because I wanted to buy Epica’s second studio album Consign to Oblivion (http://en.wikipedia.org/wiki/Consign_to_Oblivion) and none of the regular music stores had it in stock, so they advices me to try FAME. I went with my mom to Kalverstraat and I was amazed by the enormous capacity of the store. It was just amazing. So much music in one place.

I went to the cash register and asked if they had the album. The lady at the register checked into the computer system and said that they did and that it was in the rock and metal music area of the store, which was located downstairs. I went down the stairs in this basement-like area of the store and was in metal heaven. All my favorite albums and bands their music was located in this room. I didn’t want to leave. After taking it all in I went to search for the album. I found it in the E section and went to pay for the album. I believe my mom paid for it. I can’t really remember.

After having bought the album I went back to on our way.

But when the vacation was over and I was back home in Suriname I got “haunted” by dreams of FAME. Apparently the music store had left such a huge impression on me and I was dreaming of it very often. So I knew that the next time I was in The Netherlands I just had to visit the music store again; which I did. It had become a sort of tradition of mine to visit FAME, because I could always find what I’m looking for in there.

But now I hear that they are closing their doors. (read the news flash on the website: http://www.fame.nl/artikel/3369/sluiting-fame.html)

I hope that I can fly over to the Netherlands before the 29th of January 2012 for one last time. Or maybe even better, I hope someone will buy or invest or do whatever’s possible to keep FAME from closing its doors forever. 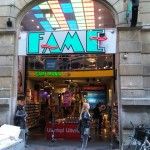 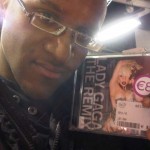 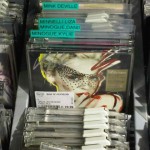 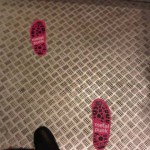 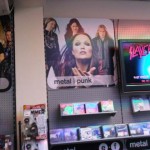 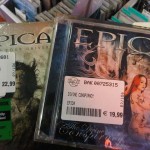 My photos are top Google results! :)