On New Year’s Eve (during the day), I received an email from an employee of PostNL. He emailed me to inform me about my lost Amsterdam-to-Rotterdam package.
I had sent this package on November 21st – the day my heart got broken again… boohoo (lol) – and was supposed to be delivered the next day. Since the one whom this package was intended for was not available, they had to go back the next day. I had paid extra for a signed delivery, just to be sure that it wouldn’t end up in the wrong hands. The next day they couldn’t reach this gorgeous-grey-eyed-Rotterdam-crush-of-mine so they had to try yet again on another day. Meanwhile it was time for me to fly back home… *insert sad face here*

I was able to keep track of my package with a tracking code via the PostNL website. Almost a week after the package was supposed to be delivered I checked the website again and there was a note: Package damaged. It will be returned to the sender – meaning the address in Amsterdam where I had sent it from.

I quickly grabbed the phone to contact the PostNL help desk and to ask what the hell was wrong with my package. This guy told me that not the content of my package –phew – but the address sticker was damaged – obviously not my fault – but their policy is that in this case they return it to the sender’s address.

After almost a month I checked the website again and noticed that the package still was not brought back to Amsterdam, but was put in a storage cabin somewhere in Rotterdam. I called the helpdesk again to ask what was going on and if this will eventually be sent back to Amsterdam, or even better to Rotterdam where it was originally meant to be sent to.

Turns out that the numbnuts that I spoke to the first time on the phone didn’t make a note about my call and problem – there was simply no record of this at all. The lady on the phone was super nice and very helpful. She ensured me that a case would be made and I would be contacted if there was some more information about my lost package.

This time the lady was right and I was really contacted (read the top part again).
I was contacted now… great… but was also delivered bad news the second time that my package is lost. I spoke to my cousin Vincent and he told me how bad their service really is. The company where he works at also uses the “excellent services” of PostNL. They have lost important documents several times. Well now that I know this, I wouldn’t be using their services anymore. I should have listened to Patrick and have drank the bottle of wine (which was also in the package) myself.

So as I said, that package is lost… Lost just like my feelings and feeble heart 🙁 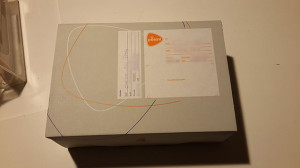 The Secret Life of Walter Mitty

Things happen for a reason perhaps, it was the universe/higher power/etc telling you, that all in all wasn’t meant to be, including the package … as far as mail service well i mean they do handle a lot of mail so, something are meant to get lost….. i have always thought gah post office sucks as they have lost packages that i have sent or that people have sent me, but i have friend that works at post office here and is really crazy stuff….

Surpost is much much worse…..

They also lost a very important package of mine. My fiance s ring which I thought was insured as I asked the guy who registered it. But apparently was not. I don’t know what to do. Is there a way to go to the police or to lawyers? They don’t even want to give me the place where it has been lost nor the investigation report. I am so upset I don’t know what to do… if you have any advice…

I called them until I got weary. They made a case for me (at PostNL), but that didn’t result into anything. I am not sure if you can do more than that. There probably are hidden clauses that prevent them from being sued… so sorry to hear about your lost package 🙁