No, my friends… there were no tears of sadness on my birthday, but only tears of laughter and joy on the 1st day of February 2011.

We’ve come to that day of the year again. It has been a month since the New Year has started; 31 days have passed and it’s about time let it sink in that time is a concept that doesn’t linger, but flies at rapid speed.
It also happens to be my birthday on the 1st of February. It is now 23 years that I dwell upon this earth and I’m sure I have many more years to go. I’m not ready to die just yet.

On my birthday someone sent me his condolences, for I am one year closer to my death. I actually never really looked at it like that, but he is absolutely right. It is one year closer to the day I pass on to the other side. Should I celebrate, must I grieve or should I just be thankful for making it thus far? I prefer to do the latter. Just be thankful that I’ve lived to see another day.

I took the day off, because I didn’t feel like being exhausted at the end of the night. I also didn’t have any classes to attend on that day, so I had the entire day to myself. On the eve of my birthday I went to bed quite late, because I was up all night preparing for the launch of this very website/blog and eventually most of it was a waste, because the layout I had designed for the blog doesn’t want to appear the way it should for some unknown reason. Oh well, I’ll try to figure it out another time when I’m less preoccupied. Instead I went with a pre-designed layout, tweeked it to my content and voilà… here it is!!

So I woke up around 10.30 AM that day… no I actually think it was earlier when my uncle had called to congratulate me on the phone. But after that I fell asleep again. I woke up a few hours later, read the tons of text messages and facebook posts and  finally went to pick up the first birthday cake I had ordered for my colleagues at work. I arrived at the hotel and gathered everyone around. They sang Happy Birthday to me, splattered my face in the cake and I received a really cool shirt. By the time I left the building it was already 14.45 and I needed to be at home to make arrangements for the night.

There was a fiasco with my second birthday cake and that almost ruined the night. I happen to have friends in high places, who were able to pull a few strings and make special arrangements for me. No one was going to stop me from having the birthday celebration I wanted.

I had decided to do something totally different this year. I could have simply choose to do nothing and just make the day pass just like I did last year, but I choose not to. Every Tuesday night there is karaoke night at a local sports bar called: EIGHT BALL. It’s a nice small bar where you can dine and play pool. And on Tuesdays, as I had mentioned already, they have karaoke. Now who doesn’t like a night of karaoke? It’s the only time when you get praised for having a horrible singing voice. This isn’t American Idol and Simon Cowell is nowhere in sight, so fear not, drunk up and start singing!

I invited a few good friends, colleagues and family to join the party. We were in a group of 11 and that was good enough for me. Things started slow at first. We had a few drinks, quickly caught up with the ones I’ve not seen in a while and decided to cut the cake before the clock struck twelve and the spell would wear off…. 😀 ignore that last line.
We arranged the candles, which were actually more than 23 I believe, but who cares… we were all eager to dig in. Happy Birthday was sung one more time, I made a birthday wish, blew out my 23-or-something candles and cut the very first peace. Once again, as tradition my face had to be plastered in the vanilla-cream-cake nearly suffocating me.
(“Death by birthday cake!” now how cool would that be for a paper header?)

So now it was time to get the evening started. We sang, we danced, we drank… in short we made complete idiots of ourselves. I was actually the biggest idiot and never would have done the things I did that night if it wasn’t for those multiple tequila shots, the vodka shots, the caipirinha or I don’t know what kind of alcohol/cocktail I had that night.
Thank God, I had one of my BFF’s the singer/model/miss Suriname 2009/casual actress/divine- human-being/the queen bee (or plain Zourie as I’d like to call her) there, who probably was the only real singer out of the bunch, to come to rescue when things went really bad.

Now here is a few of the songs that I can remember that we sang (in random order):
– DJ SAMMY – Heaven
– MADONNA – Like a virgin
– MADONNA – Don’t cry for me Argentina
– EVANESCENCE – Bring me to life
– QUEEN – Bohemian Rhapsody
– QUEEN – We will rock you
– QUEEN – We are the champion
– KYLIE MINOGUE – The One
– MARILYN MANSON – Tainted Love
– HINDER – Lips of an Angel
– RICKY MARTIN – Livin’ la vida loca
– RICKY MARTIN – Shake your bon-bon
– LADY GAGA – Paparazzi
– GUNS N’ ROSES – Sweet Child of mine
– THE CRANBERRIES – Zombie

That’s all I remember. Anyone remember more, please contact me so I can edit the list. It really was a AWeSome night filled with AWESOMEness. 😀

The highlight for me was me singing Bring Me To Life by Evanescence. I’ve been a fan of that band since 2003. And I may not listen to them as much anymore, but back in those days I was a really, really, reaaaaalllyyy crazy obsessed fanboy. Ask me anything of the band and I’ll tell you right now. Those who know me well don’t need an explanation of how huge my fan-frenzy was. So I’ve been wanting to do what I did on that night for years. I never had the actual guts. I may not know how to sing, but I surely didn’t care and just had to do it. Along with the Amy-Lee-power-punch, the dramatic hand gestures and the facial expressions. And let’s not forget the jumping and the dancing. Yes, I actually did it all…. I regretted it all the next morning, but I did it. I saw a few videos the next day, not of the BTML performance, but of others songs and still went OMG… so I pray that there’s not one of me singing BTML. I swear I’ll sue if I find any youtube videos 😛

We left the bar at 3 AM, most guest had already left earlier, because most had to work the following morning or attend classes. I myself was off the next day and so were my two BFF’s D. and Z. so they left the party with me. Had a few gifts and leftover cake. My best friend Doki drove, because according to her I wasn’t in a state to drive. In her words: “You know it’s a bad thing to die on your birthday, right?”
After Z. was brought home, DD went drove to her house and I took the wheel myself home and arrived safe and sound. It didn’t take me long to fall asleep content with life and not a worry. The next day I had to face reality again, bur for a few hours I didn’t want to think and just slumber in a peaceful night rest.

Thank you guys for attending the party:
Doki, Zourie, Ivan, LynC, Stephy, Farid, Patrick, Kenny and Dorothy!
You guys made my night and I shall cherish the memory forever. 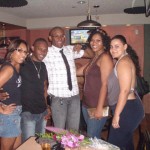 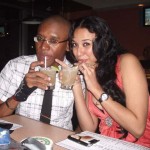 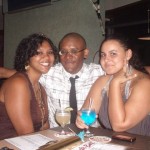 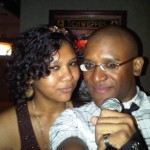 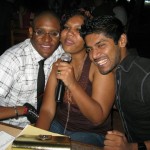 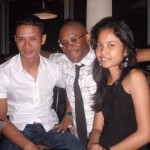 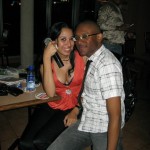 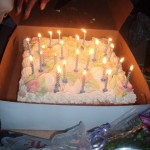 Welcome/ Happy 23rd Birthday to me!

I am a closeted writer!

[…] Yesterday I celebrated my 42nd… oops, I mean 24th birthday 🙂 It’s quite shocking when you realize just how fast a year goes by. Didn’t I recently celebrate my 23th birthday? […]