Only 3 more hours and the year 2013 will be history. Seriously, who pressed the Fast Forward button on time, because time is flying by rapidly!

2013 has been an amazing year for me and I don’t even know where to begin to summarize it. It would be best to just write down a few random words and phrases that come to mind when I think back on this year:

These are the things I could think of. There is probably a lot more, but that basically sums it up. There are also a few negative things in that list, but I think we also need bad things in our lives to appreciate the good. 2013 was overall a great year and I think 2014 can only get better.

I have stopped making New Year’s resolutions years ago, because by February I usually already have failed. So instead my new year’s resolution each year is just to LIVE.

Happy New Year everyone and all the best wishes in 2014! 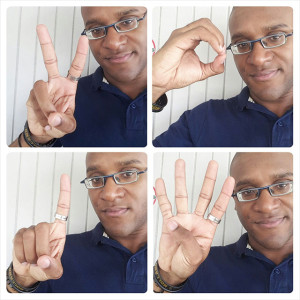