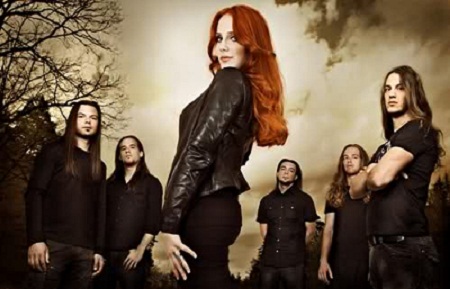 Yes. Yes. Yessss.
I’ve waited for this for almost 6 years now. And finally I am seeing them. And I’m going to see and hear Simone live!!! :-p
There will be this special show full of lights, fire and pyro effects. Also this will be the release party of Mark Jansen’s side-project Mayan.

The genre of music that Epica makes is called Symphonic Metal.
Symphonic metal is a genre that combines elements of classical music such as operatic vocals, choirs, pianos, violins, a full orchestra and combines it with heavy metal music. It’s genre which you will have to learn to love when you first hear it. The vocal style is female operatic vocals (done by Simone Simons) and a choir in the chorus, with death grunts/screams done by Mark Jansen (founder of Epica).
Epica has very heavy and powerful songs, but also very emotional ballads. You either love it or you don’t. Obviously I do, or else I wouldn’t be here, about 7752.6 kilometers away from home 🙂 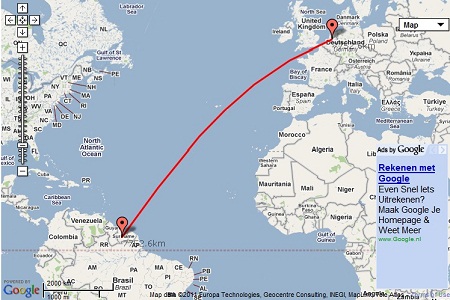 So tomorrow’s the big day. I’m so excited that I fear that I won’t be able to sleep.
Today I already went to find the location of Paradiso. Luckily I have Google Maps on my BlackBerry or else I would have lost my way. Even with the map it took me two hours to find Paradiso by foot. My feet hurt like hell and I had during the search I stopped to eat two burgers, because I was dying out of hunger. But eventually I found the hall. And also that I could have reached the place with public transport within 20 minutes from the Central Station. lol

But I’d better go to bed now. I have a long day ahead. I want to be early to not miss a second of the show or the entire experience. I might borrow a digital camera from a cousin, because I fear my phone battery won’t last with the amount of photos I usually take. 😀 meyessss

More info on Epica at http://www.epica.nl

Have fun and don’t get Metaholic…..