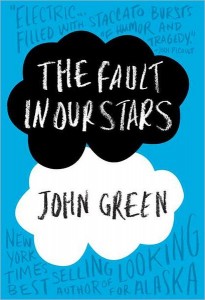 The Fault In Our Stars… another one of those overly-dramatic love story that created a hype among readers and movie-lovers. What is it with this world and its morbid fascination with love and tragedy?

Last November, during my flight from Suriname to The Netherlands, this movie was on the flight playlist and I decided to watch it, after I had heard so much about it. Since I had 9 hours to kill, I thought why the hell not? However… I fell asleep in about 15 minutes within the movie. #FAIL

6 months later, on yet another night when I had nothing better to do, I decided to try again.
This time I managed to get through the entire movie without my eyes begging for some rest.

I must say that I can understand the tears that this book/movie causes. The story line is messed up and teaches you that we live in a cruel and heartless world. Dead is inevitable and the sooner we accept this fact, the less hard the idea will be to deal with it.

For me it was not the whole life, death and love part of the entire story that triggered the emotional side of my brain. It was more the topic of loss of hope and that desperation that made me my eyes wobble.

I am not one to cry during movies, but when the protagonist heard that her one dying wish of going to Amsterdam would probably not be fulfilled I had to restrain myself. I cannot stand to watch the moment when someone loses hope in their dreams. Also the scenes in Amsterdam did make me lose all my usual skepticism. The moment I recognized the streets they were on (at Leidseplein) that’s where I lost it.

Who knew… Maybe I am human after all. 🙂