When I received the call from Jill-Joy (from CCM N.V.) asking if I was interested in going to Curaçao PRIDE 2018, I immediately said yes! All I needed was to pack my bags and grab my passport… oh, and obviously ask my boss for a few extra days off, especially since I had returned from Amsterdam less than a month ago, but that was nothing that couldn’t be arranged.

The above was all set and done and I was finally ready to leave for the trip on Tuesday when I received a call from the airline company that the flight had been delayed with 16 hours. This meant that I would lose an entire day of this mini-vacation. Bummer. But this would have been way worse if I had already driven to the airport and received the news there.

At this point, there was nothing to do but wait. Doki and Tino brought me to the airport the following evening. My flight was scheduled to leave at midnight. I personally hate the PBM – CUR flight, because it has a pitstop in Trinidad after 90 minutes of departure and the distance is too short to get some sleep. Just when your body is getting used to being in the air, you need to land and leave again. Also after not having slept the night before I was exhausted AF when I landed in Curaçao. 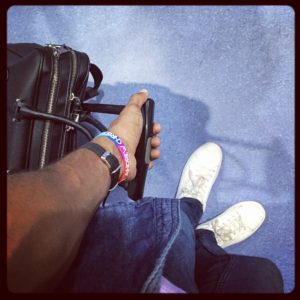 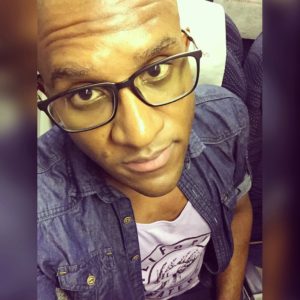 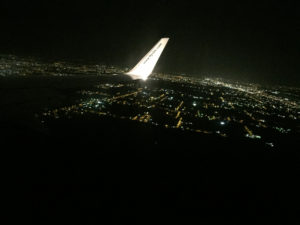 I arrived around 3am at the Curaçao International Airport. Luckily, I found my luggage quickly and I made my way outside. I would be picked up by a taxi, which was arranged for me. The taxi driver stood there with a sign, which had my name on it. My entire life I have waited for the moment to be picked up at the airport by someone holding up my name. zOMG!

Since I had no clue how far my host hotel, Papagayo Beach Resort, was from the airport I looked it up on Google Maps, which said the drive would be 30 minutes. I did my utmost best not to fall asleep in the back of the taxi.

We arrived at the hotel, I checked in and I was guided to my room. I had room 517 located in building number 5. It was quite late, and I was exhausted, but took a moment to enjoy the amazing room. On the bed laid a welcome letter and a bottle of champagne for me; compliments of the hotel manager. After making some pictures of the room, I took a shower and jumped into the gigantic bed, which I had all to myself… finally: some rest.

I got woken up at 11am by the phone in the room. It was the front desk calling to tell me that the maintenance guy was in front of my door to replace the door’s battery. I had put up the DO NOT DISTURB sign, so he didn’t want to knock on the door… I opened the door, the guy did his thing and I closed the door again. Since I was already up I finally decided to open the curtains to see what the room view was like….

OMFG!! This was the most spectacular view I had ever seen.
Since I arrived in the middle of the night, I didn’t notice that there was an entire ocean right by my room. Seriously, I was in paradise.

I decided to go look for the breakfast area, which I had no idea where it was, so I stopped at the front desk for information… there I had another OMFG moment when I saw the gorgeous front desk agent, whom I was more than happy to talk to. I was directed to the breakfast area and I walked towards it.

The sun was already quite warm, but it was a short walk. I walked past the resort’s private beach, near the infinity pool and found the breakfast area. I enjoyed the breakfast, which was an open buffet and had more to choose from than I could possibly eat. Once my tummy was full I decided to walk back to my room and to go nap again. I was still very exhausted from the little amount of sleep I have had the past few weeks.

Around the afternoon I decided to slip into my swim short and head over to the pool.
Obviously, I picked a place under a gigantic parasol – I don’t do sunlight – and just enjoyed the view.
I jumped into the pool, did a few rounds and went back to the side of the pool, ordered myself a Piña Colada and for a moment I enjoyed doing absolutely nothing.

My cousins were also on the island on vacation and I invited them over for a visit whenever they were free. When they called me, I was still by the pool, so I met them and we went to my room. There we just hung by the balcony.

At 20.00hr I had a meeting with the LGBT working members of PRIDE Curacao, so after a shower I made my way to the hotel lobby where I would meet up with Tirzah, my tour guide during this trip. Me and Tirzah had spoken earlier today on the phone, but this is the moment when we met. Tirzah is a very pretty and friendly girl with curls for days. We briefly got to know each other and waited for the 2 other social media influencers she picked up shortly before arriving at the hotel.

The 2 other boys arrived. They are both named Filepe, but one is from Brazil and the other from Colombia. Our dinner with the LGBT working members was on the hotel beach. There I had a nice chat with all the people and it was so good to relate to people that do the same work that I do for PRIDE Month Suriname.

The food we had was very good also. I had carpaccio as an appetizer and had steak as a main course. For dessert I had a delicious cheesecake. The cheesecake came with a scoop of ice cream, which my lactose indolent tummy did not appreciate. I had to excuse myself to my hotel room for a moment.

Once that “episode” was over I made my way to the lobby where Tirzah and both Filepe’s were waiting on me. We had plans to go to a bar-dancing called Chin Chin. Chin Chin reminded me very much of our local bar dancing Night Fever. It wasn’t very crowded, because we arrived very late, but we still had a nice time. The PRIDE organizers where also there with us and we had a fun time. I didn’t go all out yet, because I still wasn’t feeling 100% great, but also was still a tad but tired.

Around 2am-ish we went back to the hotel, I took a long good shower and went to bed.
The next day was another promising day.

[…] I was invited back to Curaçao for the Pride over there. That was also something unforgettable. The stories are also online for you to read. Finally, something good that actually came out of this blogging that I do. If you are reading […]