Last Friday my Samsung Galaxy S4, which I used for the past 18 months decided to die out on me. The phone has been showing some signs of I’m-about-to-die-soon since the beginning of this year and in February it almost did, but somehow it revived itself and besides a few special instructions it worked perfectly again. However, last Friday it completely stopped working and it was time to buy a new phone. 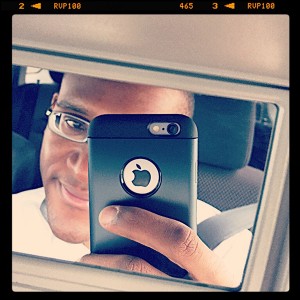 Since all of my Apple using friends have been talking highly (read: religiously) about how amazing and dependable Apple devices are– in this case the iPhones – I’ve decided to buy my first iPhone. I’ve purchased the latest Apple phone: iPhone 6.

Now, I am very skeptical, but also very open-minded. I know that’s a contradiction, but let me explain. I am open-minded to all thoughts, ideas and opinions, but as soon as I have opened up my own mind and formed my own thoughts and opinions, I become skeptical. I hope that makes any sense.

I have finally had my own experience with Apple’s iPhone since Tuesday and I have to honestly say that I am kind of disappointed with it so far. I mean, it’s a smartphone and it works. And it does exactly what you expect from a smartphone, but… IT’S JUST A BLOODY PHONE!!!!! IT’S A GAWDDAMN PHONE AND THERE IS NO NEED TO BECOME ALL EGOCENTRIC ABOUT IT!!! SERIOUSLY!!

This is not a personal attack, it’s just seriously the reaction what you get from Apple users when they state why they bought an Apple device.

Of course as an Apple user (read: sheep), you will probably do not even realize this or maybe even stopped reading and are searching for the biggest rocks now to stone me down, but trust me this is a real thing and has to stop.

CONS
Don’t even get me started on the many things that the iPhone can’t do which all other devices can. I’m not talking about fancy gimmicky features, but basic little things that you would expect from a smartphone.

1. Before going into the settings and features let me start with my first impression.
I bought the Space Grey colored iPhone 6 and I was surprised at how toy-ish the color looks. I seriously had to Google after I purchased it if this is what the color is supposed to be. For a minute I wondered if I had gotten ripped off and been sold a fake iPhone (even though it was still sealed when I bought it). I got the impression from the Apple website that it was going to be a lot more metallic grey. Guess not.
2. The phone has no LED notification.
Meaning you cannot tell if you have a new message without touching the phone first. This is something that is very useful when your phone is on silent or when you are in a dark lit room.
3. When setting an alarm you are unable to simply type in the hour, but instead have to use this wheel to select the time. This is quite time consuming. Also when you want to edit an alarm, you cannot simply click on the alarm, but have to click the edit button first and then select the alarm and then change the time.
4. I hate the fact that emojis are not simply accessible via a button. The emojis are technically a keyboard on their own, so you have to select the emoji keyboard first, before you are able to add one in a chat. WTF?
5. The Dutch keyboard has no predictive text.
Meaning I have to know myself how to correctly spell a word. It does give you a grammar check, but after I had already written down the word myself.
6. When wanting to send an image via WhatsApp, there is no search bar for me to search for a contact. You have to scroll down through all the contacts to find that person.
7. The Apple Maps is crap.
This is something I already knew from countless reviews, but I was unable to download the Google Maps app, from my location. I had to change my location to the USA to be able to download this app.
8. Photos are not sorted into different album.
All pictures are placed in one album (self-made, received, downloaded) and being the organized person that I am, this is quite frustrating.
9. You can only have one APN profile saved.
This can be very annoying for people that travel often and have to use a different sim card. It would be nice to save the profiles and not having to configure this each time over.
10. Closing apps that are running on the background have to be closed one by one (or 3 at a time). There is no Close All Apps option.
11. You cannot send offline messages in WhatsApp.
When your Wi-Fi is down and you have no mobile connection you are unable to send a message that will automatically send as soon as your phone connects to Wi-Fi again. I used to take advantage of this option and I hate the fact that this is not possible with the iPhone.
12. The most disappointing thing of all is that the phone does not automatically silence notifications when placing a call. Meaning when you are talking with someone you will keep hearing the beeping sound of incoming (text) messages. This seriously annoyed the hell out of me and I have even contacted Apple support about this. Turns out you have to quickly put the phone in silence mode in order not to be disturbed during phone calls. What the actual f—??

PROS
It’s not all bad of course. There are a couple of things I really love.
1. Siri is amazing. Super fast, smart and funny.
I don’t have to wait on an answer, which is a major improvement compared to S Voice.
2. The battery life is amazing. On the first day it took 13 hours to go from 100% to 1%. And that with my amount of mobile activity over WIFI and mobile internet. This could be because the battery is new, but my old phone never lasted this long.
3. The camera still even works when the battery is very low.
4. There is absolutely no lagging when switching between apps, screens and menus.
5. I love the fingerprint reader. Very handy… (finger-y? lol)

So my point is, that not that I am against the iPhone, it’s just that people need to stop with the attitude, because the phone does NOTHING new what other phones can’t and in fact the iPhone lacks many basic options, so people just need to keep calm and respect the choice of others.

Other than that I am more than happy that I am able to be connected to the world again and continue to be the social media junkie that I am. Furthermore I am also more than happy to be in touch again with mijn Nederlanders and mein Deutscher. 😉 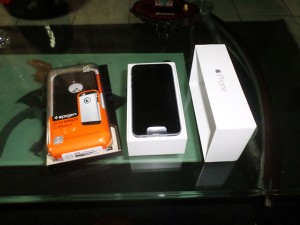