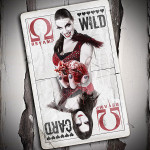 I just love it when one of my favorite symphonic metal bands drops another bomb of epic music, which is exactly what Revamp did last Friday. Their long awaited new album “Wild Card” was released last weekend and this album is a total epic eargasm.

What you don’t know Revamp? Does the name Floor Jansen ring a bell? After Forever? Current temporary singer of Nightwish? Uhu… I thought so 🙂

Well the very talented Floor and her team have released another great album. I think it’s even better than the first self-titled album Revamp released in 2010. Floor uses her operatic vocals a lot more on this album and y’all know I’m a sucker for operatic vocals. I mean, if you have a soprano vocal ranger USE IT!… which is exactly what Floor did. She has always shown us that she is able to go from very low, to very high within minutes, without cracking her voice, but on Wild Card Floor has surprised us with some new vocal styles; she does grunts. Yes, the tall, opera singing Dutchie does grunts now. And it sounds great. So much aggression. With all these vocal styles you would maybe think it would be a total mess, but it all works out perfectly.

The album does have a few guest musicians too. One is no one other than the-one-and-only Mark Jansen from Epica and MaYaN. Although Floor and Mark have the same last name, they are NOT related. The song they made is probably my favorite on the album. And I’m NOT saying it, because Mark is on it, but it’s a total blend of aggression, opera and haunting choir parts.

My favorite tracks SO FAR are: The anatomy of a nervous breakdown: on the sideline, Precibus, Nothing, Distorted Lullabies, Amendatory, Misery’s No Crime and Infringe (bonus track).

There are so many aspects of this album I love. I think it would be just best to listen to it yourself. If you love After Forever’s music, I’m sure you will love this album. One thing is for sure: I am sure that I will be listening to this album for years to come.

PS: I posted on Twitter that I loved the album and Floor retweeded me! 😀 yay! 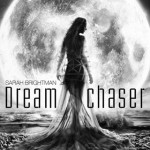 It appears that I have been living in some sort of cave where no music, besides metal, can be heard for the past few months. Turns out that one of my favorite (non-metal) singers, Sarah Brightman, has a new album out for almost a month now I have been completely unaware.

Last week I also found out that another favorite singer of mine, Josh Groban, released a new album. I got the album just as it came out, but I wasn’t aware of it before. And Josh happens to be the male-version of my love for Opera/Classical music. Just like Sarah, is the female version. My ying and yang of opera 🙂

Has to be noted that Josh’ is a lot less opera these days, but his music is still good. I haven’t hear a single song of Sarah’s new album, but I am very eager. She never fails to disappoint me.

The metal world got shocked a few days ago when Finnish symphonic metal band Nightwish announced that they have decided to part ways with their singer Anette Olzon. All of this came as a shock to the world, at least it was to me, and even more shocking was that they already had replacement and no one other than the beloved, Dutch power-house Floor Jansen.

So hold on one minute… I need to process this!

Not only did Anette get fired after being hired in 2007, after Tarja Turunen got fired in 2005, but they also have a new singer in a matter of days (maybe even hours?)

According to the official Nightwish statement, the band and Anette have decided to part ways on a mutual understanding, but after what happened to Tarja I am almost certain that this split did not happen as peaceful as they make it appear.

So I’ve never been a real fan of Anette. I have been able to get used to her on the last record Imaginaerum, but I totally hated her when she sang the old songs (originally recorded by Tarja) live. She butchered the songs. The songs on Imaginaerum worked with her voice and vocal range, but other than that she cracked all the time, from what I’ve seen from Youtube videos.

I was more than happy to read the news that Floor, who is also a soprano singer just like Tarja, has stepped as the lead vocalist to help finish the Imaginaerum tour. I hope that this will open Tuomas’ eyes and he will notice that his songs/music NEEDS to be sung by a strong singer. Floor will fulfill that role perfectly. I have seen the videos and she is doing great.

I have loved Floor since her days in After Forever. And I’ve followed her career through all her side-projects like MaYan and love het own band Revamp too. They say that this is only temporary, but I wouldn’t mind if Floor joined the band permanently. Then again, she does have her own band Revamp to front, which is busy recording their second album. I guess we’ll have to wait and see what happens.

But I am very grateful that Floor has brought back memories of the “old Nightwish”.
THANK YOU FLOOR JANSEN!

Y’all know that I’m an opera geek, right? But if I said I liked the below posted video, would you say that I’m taking it too far? :-p