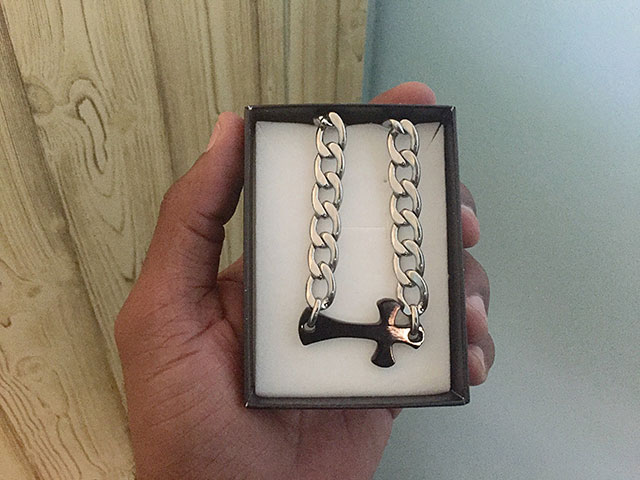 Yesterday was my 28th birthday… 2 more years, before I turn the big three oh…
Yay, for getting old! *insert sarcastic emoji here*

I had a very subtle… read boring…. Okay really read, sober… birthday.
This was the first in 4 years.
Probably, because it was a Monday, and also my friends are either on vacation or have moved away.

The only “celebratory” thing I had yesterday, was a cake for my colleagues, which I didn’t even by myself. Other than that, it was a normal work day for me. My older brother did come over and I was received a new bracelet, which I looooove! 😀 Thank you.

Also thanks to those that wished me a happy birthday on my various social media account, or those whom texted and called.

I think I will actually have a real birthday celebration when I’m 30… either that or I will be crying in my bathroom with a bottle of red wine, regretting half of my life… lol. Joking. 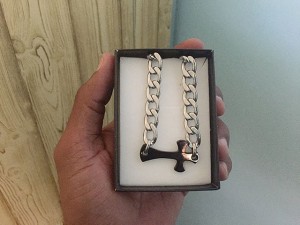 I just came back from the funeral of my great-grandmother, whom had lived until the age of 108.
She was my father’s grandmother and they shared a birthday (February 12). She was also the mother of my own grandmother who died in 2011.

108 years has been a very long time to live. She was the living proof that you can do whatever you want as long as it makes you happy and you hurt no one you can live a long and happy life. 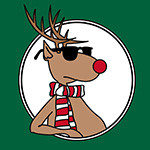 My mother and younger brother are flying off to Holland tonight. This will be my first Christmas and New Year without my mom and I have seriously considered flying off with them. It’s also my mom’s 50th birthday on January 1st so that was another reason to fly away with them.

However… I will be staying right here at home with dad in Suriname. After all everyone knows that Suriname is THE place to be December. Lots of friends living abroad have already flown in, food everywhere, another party of dinner to attend each day and basically non-stop fun.

The fact that I am right here recovering from a hangover after gone out for the 3rd night in a row AND in about 3 hours I have a Christmas dinner to attend is proof that there’s no other place like Suriname to be during this time of the year.

And the best thing is… this is still going to continue for 10 more days!!! 😀 #iLoveDecember

On Thursday morning, November 10th, 2011 around 6.00 AM, my grandmother left the world of the living and entered the other side. She had lived 73 wonderful years, but eventually it was time to go; just like each and every one of us will have to go one day. This blog is all about the day she died until the day of her funeral.

I can still remember everything clearly. And I have a feeling these memories will stay with me for years to come. Just like all the other tragedies in my life haunt my mind from time to time.

It all started on Sunday morning, November 6th. I was still awake at 5.30 AM, sitting behind my laptop and trying to recover as much data as I possibly could, when I heard the phone ring. My heart jumped, because no one ever calls at this hour, so I immediately had the feeling that something was wrong. I could hear my dad talking on the phone and rush after a few minutes out of the house. I asked my mom what was going on and she said that my grandmother had called, because she was feeling ill.

A few hours later my dad came home and said that he had taken my grandmother to the hospital, but they send her home, because it wasn’t anything serious to keep her. She had pain in her lower stomach and said she had been constipated for almost a week now. They gave her a few medications and she was allowed to leave. Later that day and next day she said the medications seem to be working and she was feeling a bit better.

However, on Tuesday afternoon she rang my dad up again that she was in pain and would like to go to the hospital. My dad brought her and this time the doctors decided to make her stay at the hospital to keep an eye on her. One Wednesday afternoon my dad and brother went to visit her. I honestly didn’t ask how things were, because I just assumed everything was fine. Neither of them said anything noteworthy, because my grandma didn’t show any signs of serious illness.

The next morning, as we were all getting ready for work, the phone rang again. Since it was 6.00 AM my heart jumped and something told me: “This is bad! She will most likely not make it!”
But naturally I shook the thought out of my head.
It was the hospital calling my dad and asking if he could come to the hospital, because his mother’s condition was bad. He then rang up his oldest sister and they both rushed to the hospital to see what was going on. I made my way to work, but I somehow just knew that she was not going to making.

As I was driving I could feel my eyes my eyes getting warm and my cheeks getting wet. I wept until I arrived at the office, without even knowing what was going on exactly. I was trying to shake off all bad thoughts and feelings, but I couldn’t. I just knew that something wasn’t right.

As usual I signed in at work and took a look at my Blackberry to see if I had received any messages, while driving. I saw none. However I saw the status update of my cousin’s girlfriend who I have on my blackberry messenger, which said that she wished me and my cousins a lot of strength with our loss.
I thought she was probably overreacting and it probably was nothing and just a minor scare.

That was until I received a text message from my little brother a few minutes later saying: “Vanaf vandaag is oma Fillie er niet meer” (translation: “From this day forward grandma Fillie isn’t with us anymore”.