I am very proud of my favorite Dutch band Epica. There new record The Quantum Enigma has been officially released today and it sounds AMAZING!!! Just when I thought that Mark Jansen and his band members would have hard time to top themselves after 5 successful albums and a great show like Retrospect: they did! 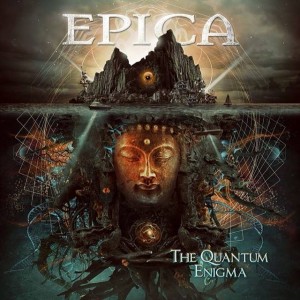 I have already been listening to it for 2 days now and it is constantly on repeat. And when it’s not playing it still goes on inside my head.

I admit, the first listen to this album didn’t do it for me. I thought “meh”. But having been a fan of this great band for years now, I know that the trick is to just keep on listening. After the 3rd listen of this album I couldn’t stop and I start liking a new track with each listen.

So far my favorite tracks on the album are: The Essence of Silence, Sense without Sanity, Unchain Utopia, Chemical Insomnia, Canvas of Life, Natural Corruption and the title track The Quantum Enigma.

I am not nearly done listening to this album and I am sure that very soon I will love even more tracks.

The album sounds different, but still very Epica. On the first listen you might not recognize the old elements immediately, but keep on listening and you will recognize it. All the elements are there: choirs, catchy chorus, Mark’s awesome grunts, Simone’s outstanding vocals, Coen’s great piano skills, Ariën drumming like a madman and the great guitar riffs. But aside from the old elements there are also so many new things to enjoy.

Last night I watched the videos of the album release show on Wednesday in Tilburg and I totally missed out. I really wish I could have made it, but I am watching for the Dutch tour dates later this year. 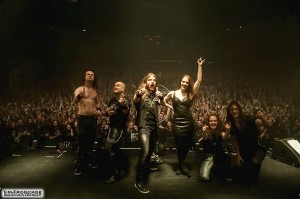 I received an email that my copy of the 3-disc earbook is already being shipped, so it should be waiting for me in Amsterdam, the next time I fly over. I can’t wait. Go buy it! It’s amazing!!