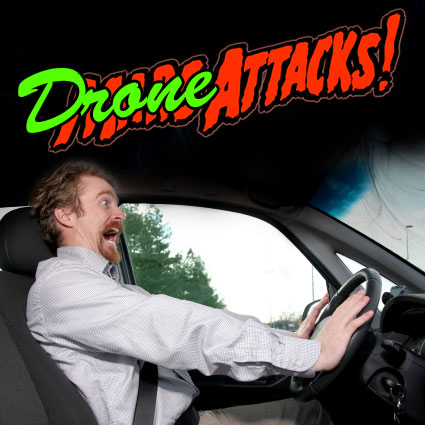 I think for a few seconds I was frozen in time and tried to make sense of what had just happened. All I saw a busted windshield and shards of glass on my dashboard and all over Dominique. I put on the hazard light, grabbed my phone and went to look at the damage from the outside. First instinct: CALL THE COPS!!

Of course, our loyal men of the law did not answer and before I could think of what to do next, the drone owner had appeared to the crash site. He wanted to give me cash on the spot to cover the damages. I was not comfortable with this and decided to call my boss to negotiate. After calling my boss, whom arrived within 10 minutes; I moved my car to the side to the road – as a major gridlock had formed on the street. We went into the lobby of the hotel nearby and we negotiated… one thing was clear: the owner of the drone was going to pay for the damages until the last penny (whether he wanted to or not). 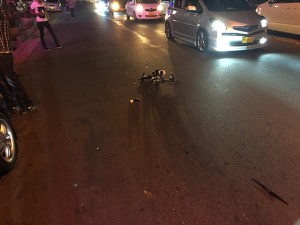 I decided to call my boss as the drone-owner was very hesitant to give out his name or any other information besides his mobile number, which is why I needed some more assurance. Knowing my boss, I was going to get that… which was exactly what happened.

I am not going to say that the drone-owner sounds like some sort of drug dealer, but… I have no other way to finish that sentence.

After the deals were made, Doki and I continued to our favorite waterhole, where I made sure that the waiter knew what kind of night I was having and to keep the drinks coming.

The next morning was awkward and I was not sure how to explain this at home. It is kind of difficult, because… seriously? WHAT ARE THE CHANCES OF THIS ACTUALLY HAPPENING?
I did text home as soon as it happened, but the next morning when I woke up, I hope that it all was just a bad dream… it wasn’t.

On Monday morning I drove my car to the best windshield replacement company, and after two hours I had a perfectly new windshield. No more traces of the accident… well, minus the shards of glass that can still be found in the car. The above will go down as another weird, yet epic night out. 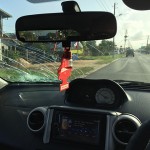 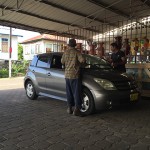 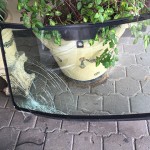 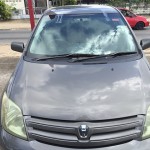 Cool thing though… the story made the paper 🙂