It has been two weeks since the release of Nightwish’s eight studio album “Endless Forms Most Beautiful”, and I have not been able to stop listening to it from the first moment I have heard the latest masterpiece by this Finnish band.

I took my time to listen to this fully, before writing about it, because usually I write with utter excitement and sometimes my opinion can be just in the moment, but I can assure you that my fondness of this album is still the same as two weeks ago.

First of all I will not spend too much time on how excited I am about Floor Jansen singing on it. I have been a fan of her since 2003 and am more than familiar with her outstanding vocal abilities. A fact that she has been proving year after year, no matter in / with which band she is singing with.

On EFMB she lets us hear all her vocal capabilities, from clear vocals to screaming, to growling to full high operatic. After all these years I am still in awe of her amazing talent. 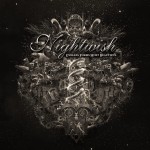 Now (finally) on to the record itself.
Tuomas Holopainen is one of the best composers to walks this earth. His songs / lyrics tell a story that you are able to decipher, but are able to enjoy with such pleasure. It’s poetry mixed with music, which creates magic. . Tuomas has described this album as a mixture between Oceanborn and Once, and I totally agree. Those are my two previous favorite NW albums and EFMB sounds exactly like that.

1. “Shudder Before the Beautiful”
This is such an energetic and immediately gives you the right vibe of what is to come the next hour. All the familiar Nightwish elements are there and the song is easy to sing along with. This song was my first favorite track.

2. “Weak Fantasy”
Another headbanging piece of art. This also sounds very much like Nightwish with a single doubt. According to the band this is the heaviest track on the record. I personally think it’s equal to all the other tracks, but I can understand what they mean. It definitely is a powerful song.

3. “Élan”
This song is the first single of this album and the first taste we got of EFMB. I honestly was not impressed with this song when I first heard it. It wasn’t until I heard the entire album that I started to understand it. Now I am loving it.

4. “Yours Is an Empty Hope”
This track was my second instant favorite track. It’s fast paced and keeps on going until the end. Lots of screams and growls from Floor somewhere in the background.

5. “Our Decades in the Sun”
This song is the only ballad on the album, but so enchanting and just perfectly placed in the track list. It doesn’t have one boring piece in it, and you can’t help but listen to it a second time.

6. “My Walden”
This song has a very Celtic vibe and is one of those songs where the chorus gets stuck in your head after you’ve heard it for the very first time. It’s catchy, without sounding commercial. It almost makes you want to dance in the woods under a full moon.

7. “Endless Forms Most Beautiful”
First off I didn’t like the title of the album when I first heard it. It just didn’t roll easily of the tongue. But as soon as I heard the album and the lyrics it made sense. Just as this song. This song is musically so diverse and hard to explain. You just have to listen to understand. There is this short, but very outstanding piano piece somewhere in the middle that always captures my attention. It’s just… perfect.

8. “Edema Ruh”
This one definitely feels like it could have been on Oceanborn. The intro sounds very reminiscent of that era. That’s basically all I can say.

9. “Alpenglow”
This song reminds you that Tuomas isn’t just a great composer, but a poet as well. I always have to listen to this track a second time. It’s just that good.

10. “The Eyes of Sharbat Gula” (Instrumental)
This is by far my favorite Nightwish instrumental. Such a captivating piece of music.

11. “The Greatest Show on Earth”
The fact that this song is 24 minutes long proves that it’s not “just another symphonic metal song”. Seriously this song has so much going on, yet it keeps you interested from the first to last note. It does need a couple of listens to understand. The first time I was unsure what to think of it, and thought it was the strangest thing I had ever heard. Now it’s one of the best things I’ve ever heard. Leave it to Tuomas to make animal sounds, sound like metal. Seriously, this song is long, but amazing.

In total the entire album can be summed in two words… two words that are being sung in the last track. And those two words are: Opus Perfectum!

The Essence of Silence