So this morning didn’t go as I had hoped. Someone hit my car and that broke my almost 2 year accident-free-driving record. However, this time I was NOT the causer.

So here is what happened. I was driving on a main road, just minding my business and enjoying some music by After Forever on this warm Monday morning, when I saw this car before me signaling that he was going to turn right in the street. I slowed down and as he turned I was just about to put my foot back on the gas pedal again, when… *BAM* out of nowhere comes this red little Toyota car smashing right into mine.

Good thing I don’t panic easily and am able to think even in the milliseconds of disaster, I was able to save myself from getting hit again, by another car that was coming my way in the opposite direction. My first thought was:
“PULL YOUR STEERING WHEEL LEFT, or else you will be hit again!!!” 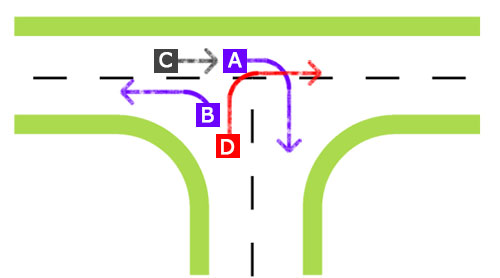 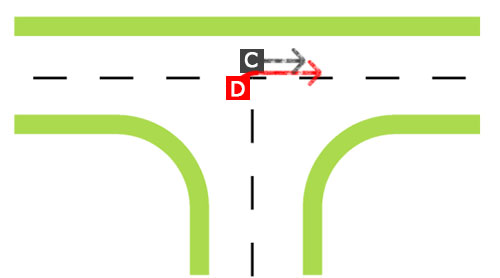 When all vehicles were standing still I jumped out, checked the car and OH LORD!!!

The guy that hit me, was calm and clearly ashamed. He was a Military Police Office and you would think he would know better. I called the nearest police station, which didn’t result anything, because the area that the accident happened is within the borders of another station. The laws and regulations of this country… I will never understand. After 2 hours or so the correct people were at the spot and the car had to be towed away, because it was not able to drive. The metal of the car had shredded the tires open and the tire would be unable to be replaced without it the dent being repaired first. 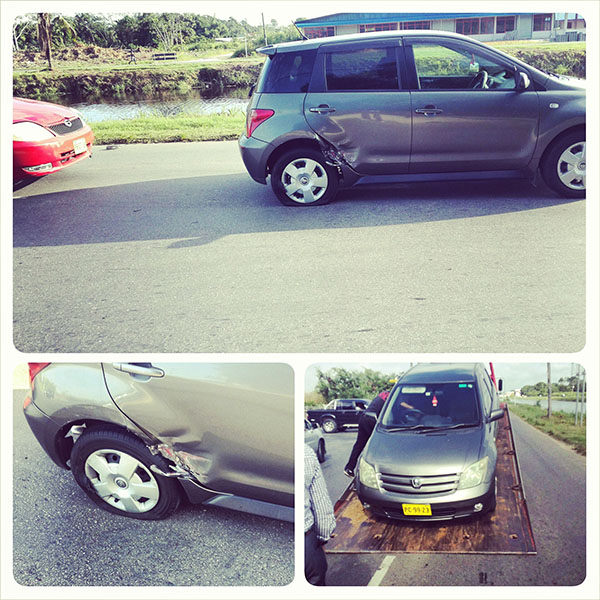 Poor Pietje! Just I had given him a sponge bath this weekend, because he was such a dirty boy. But also a good boy, because for the first time did we drive over 100 km to the airport and back last month and he did well. It was very sad to see him injured like that. 🙁 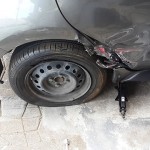 Since I am not the cause of this collision nor was I wrong according to any traffic rules, I just have to wait for the police report to claim at the insurance company of the person that caused the problem.

PS: this was the very first time I have used the car’s name publicly o.O

Here is a funny side story:

The guy that hit my car is a Military Police office (MP). He was in his uniform, but in his personal car – probably on his way to work or something and since not everyone immediately noticed that there was an accident going on and things were getting a bit hectic, he tried to organize traffic a bit. There was this Brazilian woman, whom also didn’t notice the collided cars, holding up traffic so the MP signaled for her to go around. She didn’t understand and thought this was a police control and she parked her car to the side of the road. The MP signaled again for her to continue driving, she switched seats and wanted to exit the car via the other door. He once again signaled for her to keep driving, so she jumped back into the driver’s seat and drove a few meters before stopping again. She was signaling for help and the MP and my dad (whom I had called earlier) went to see what was wrong with her. There they had to help her out of the car, because she was signaling that her head hurt. A few other Brazilians stood nearby, so they signaled to them to translate to the woman, that didn’t understand anything but Portuguese, and it turned out that she had some sort of panic attack when she saw the MP. They had to calm her down and eventually drive her to the ER, because she was really feeling unwell. Her car was parked on the side of the road and a few minutes her brother came to pick her car up. He told us that she suffers from high blood pressure and when she saw the MP she went into shock and had to have her meds.

Seriously?! So much drama and it wasn’t even 9 AM nor had I any coffee yet! pfft 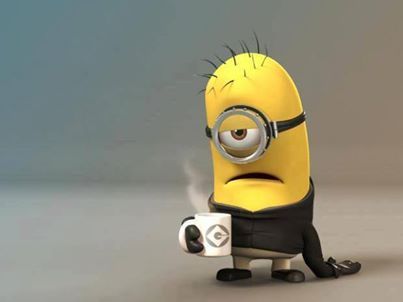 I'm a creature of the night

I'm a creature of the night