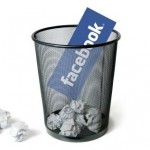 By now it has been a week ago that I’ve deactivated my Facebook account. I did this suddenly and without notifying a single person. Some noticed sooner than others. Some haven’t even noticed at all. The first person who noticed this contacted me a few hours after I closed my account via Whatsapp.

Let me explain the reason for closing down my account.

Those of you who I have on my friends list know just how active I am on Facebook. Yes, call me a “Facebook whore” if you like. I like to call it “Social Media Networking like a pro!”
A week before my departure I was complimented by a Dutch friend on my Facebook updates. I know how to keep people entertained 🙂

This departure was not planned. The idea came to mind after my drama in the weekend and it seemed like the best thing to do. This mostly because of the things said to me in the club.

Facebook is a huge part of my life. I like to share my thoughts. But my posts were getting too dark and I had a feeling that people were thinking that I was just being dramatic. Well, I am dramatic. It pays the bills… lol, no it doesn’t :p

But serious now; in order for me to move on with my life and get over the stuff I’ve been going through; I had to make drastic changes. I needed to do something out of the ordinary. Since I’m on Facebook probably way more than is best for me, I decided to cut that out of my life. I need to focus on new things. I’ve decided to spend this extra time doing other things. As soon as I feel like my old self again I might return.

But I have to tell you, as weird as it sounds it’s actually very liberating not share every detail of your life with the world. I know that it sounds ironic writing that in a public blog, but Facebook is different, because I usually just blurt out every random thought. But now I am able to sometimes think of things, mostly the negative thoughts and just let them go.

So NOT being on Facebook is my way to move on. Don’t worry, I will be back eventually. Not sure when that is. As soon as I feel ready I will be back. 🙂